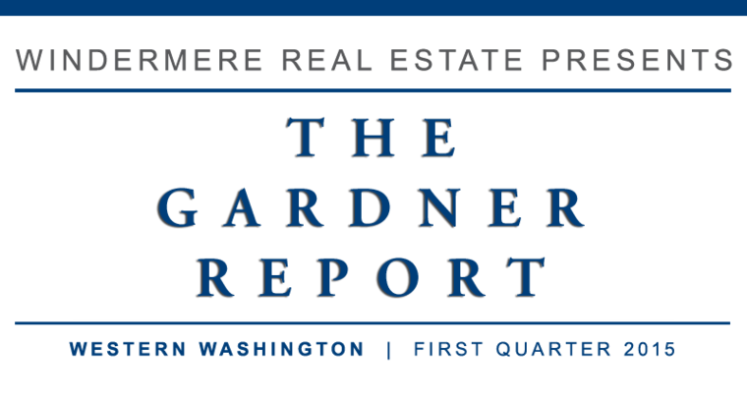 From an economic perspective, employment in Western Washington continued to grow during the first three months of the year, and unemployment rates, although moving slightly higher in some counties, are still generally trending lower. In general, the region continues to perform well when compared to the United States as a whole.

• Prices in the region rose by an average of 4.9% year-over-year, but are 3% lower than in the fourth quarter of 2014.
• When compared to Q1 2014, San Juan rose to the top with price growth of almost 23%. Double-digit gains were also seen in Cowlitz, Clallam, and Snohomish Counties.
• Island County was the only county that saw year-over-year sales prices fall.
• Price growth should continue through 2015 thanks to low levels of inventory and significantly more buyers than sellers. 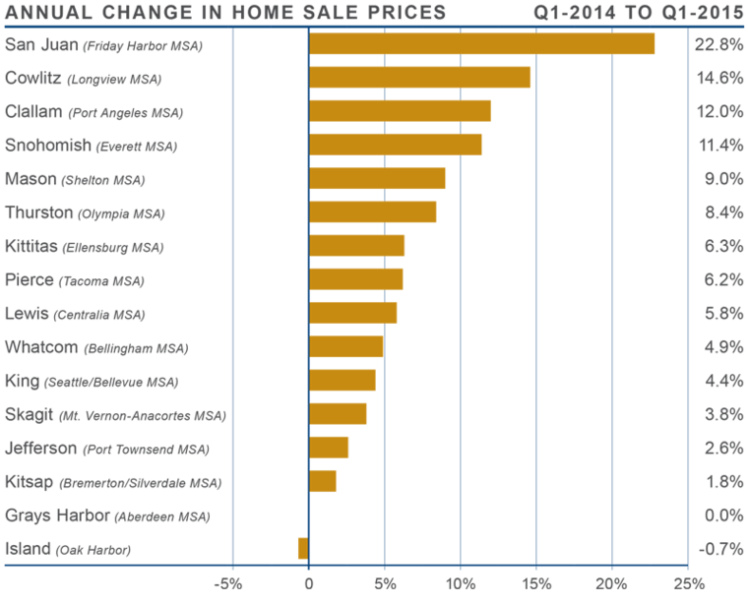 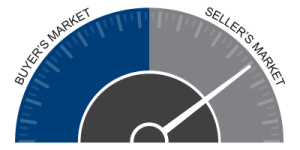 This speedometer reflects the state of the region’s housing market using housing inventory, price gains, sales velocities, interest rates, and larger economic factors. As you can see, we are still very clearly in the midst of a seller’s market, and unless we see a significant increase in listings, it will remain that way for the foreseeable future.

Price growth remains at healthy levels as inventory constraints persist. Interest rates are still at historic lows, and we expect that this will continue to be the case through 2015, which further favors conditions for home sellers. That said, obtaining a mortgage remains more difficult than it should be due to the ongoing implementation of the “qualified mortgage” rule which reduces access to financing to certain buyer segments.

To conclude, the region is in need of inventory and I hope that we will see a modest increase in listings as we move further into the late spring/early summer. Some are talking about the potential for another housing “bubble” given the lack of homes for sale and the bullishness of buyers in bidding up properties; however, I believe that there are sufficient safeguards in place so that we will not see this happen.

Mr. Gardner is a land use economist and principal with Gardner Economics, considered by many to be the foremost real estate analysts in the Pacific Northwest. Over the past 25 years he has served on many industry-related panels and has been cited regularly in local and national media.

You’re welcome to download and view the full PDF report for more information. This blog was originally posted on the Windermere Blog.