We probably don’t need to tell you that 2015 was a crazy year in real estate, especially in our area. Bidding wars and listings lasting mere days on the market is something we’ve all grown accustomed to. But it turns out we’re not alone. Curbed recently published an article that focused on the 30 most competitive neighborhoods in America. What’s the most mind blowing thing about this list? Of the 30 neighborhoods listed, 13 of them are in King County. 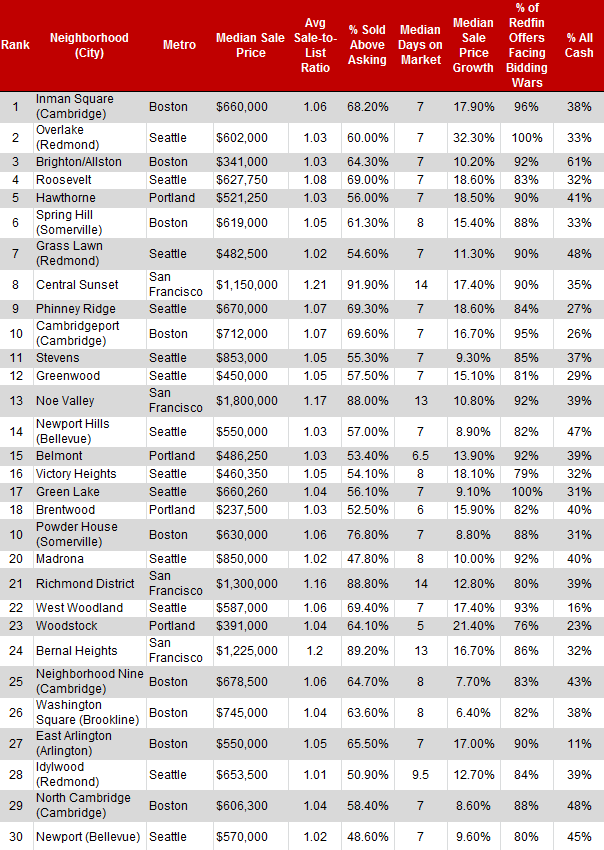 The Eastside was well represented on this list with Bellevue and Redmond making huge claims. Overlake was was the second-most competitive market in the entire nation! Honorable mentions were Grass Lawn (#7), Newport Hills (#14), Idylwood (#28), and Newport (#30).

It’s hard to say exactly what 2016 has in store, but our very own Chief Economist, Matthew Gardner, has a few ideas (such as expecting that housing in Seattle will continue to appreciate in value, but at a slightly lower rate than 2015).