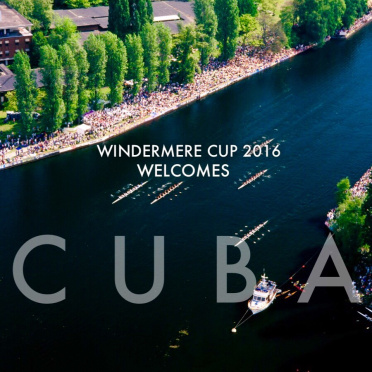 Along with our partners at the University of Washington, Windermere Real Estate is excited to welcome the Cuban Men’s and Women’s National Rowing Teams as the headlining opponent for the 30th annual Windermere Cup, scheduled for Saturday, May 7, 2016. Rounding out the event will be the Stanford men’s and University of San Diego women’s teams.

The annual spring rowing event on the Montlake Cut is held prior to Seattle Yacht Club’s Opening Day festivities which signal the beginning of boating season in Seattle. The entire event is a joint effort between the University of Washington, the Seattle Yacht Club, and Windermere Real Estate.

The 2016 Windermere Cup matchup with Cuba is significant due to the reestablished diplomatic relations between the U.S. and Cuba on July 20, 2015. It also marks one of the few times a Cuban National Team has competed in the United States since the U.S. and Cuba severed diplomatic relations in January of 1961 during the Cold War, roughly 55 years ago.

The matchup is a fitting tribute to the history of Windermere Cup, which got its start 30 years ago when Windermere Real Estate founder, John Jacobi, joined up with the University of Washington to create the annual rowing event. They wanted to bring the best team in the world to Seattle’s Montlake Cut, which at the time was the Soviets. That occasion marked one of the few athletic competitions for the Soviets inside the U.S. in 25 years, since relations were strained during the 1962 Cuban Missile Crisis. The Soviet Union brought both its men’s and women’s crews

and won both races in convincing fashion. After that, the precedent was set for what has become one of the world’s premier rowing events, and certainly a staple of Seattle’s rowing community.

The Windermere Cup will include a number of events during the week leading up to race day. The Seattle Yacht Club’s Opening Day parade through the Montlake Cut will immediately follow the racing.